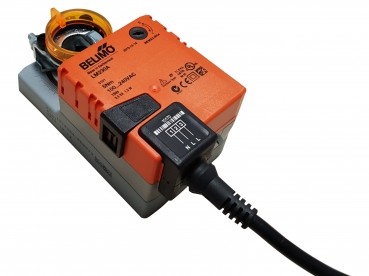 Exoneration of mildew naturally with guarantee of paying money back!

Almost incredible, but an average family of 4 members produce 7-10 litre steam in their home.

During cooking, bathing, washing, drying and breathing, our most important vital function, we produce this significant quantity of liquid in our home. After the increase of humidity, we create an ideal living place for our unwelcomed guest, the mould fungus. Due to the insulation work of recent years and windows with increased air-tightness, we closed water vapour in our home with consumed energy. The increase of humidity favours the reproduction of mite, mould and bacterium. Those who stay in suffer from difficulty in breathing and the lack of oxygen hinders their rest while they are asleep. We can create an ideal place for the respiratory illnesses to evolve in our home which is especially dangerous for babies and little children. Most families start a germ warfare, however they poison not only mould fungus with the products of chemical industry companies but the whole family as well. If the vapour does not leave, the chemicals also stay inside and we breathe in big amounts. After the tilt at the windmill we recognize sooner or later that the problem remained ours while the solution is simple.

The only natural solution is ventilation. Modern doors, windows and insulation on walls are developed for perfect opening and closing based on their function and they do their work! Our task is to supply those who stay in with fresh, oxygenated air and to remove the consumed air and accumulated water vapour. But exclusively the necessary amount since the consumed energy is expensive if used for heating, refrigerating. We serve the health of our family with regulated, flat ventilation.

Case history: a young family with two children visited me as the complete insulation and the exchange of the doors and windows followed in their renovated wattle and brick added structural house after the exemption of the abode from underground water. Then did the undesirable guest come…. When we entered the flat for the first time, it looked bad, which is otherwise  nice and clean : it had a musty smell, the paint on the wall behind the furniture of the children’s room got mucous, it was wet, mould settled in grey stains on the clothes stored in  the wardrobe room. The building in of 2  ventilation windows with humidity sensor, chemical eradication of mould weekly, operation of a demister appliance with the daily extraction of 8-10 litre water had been done so far. And the outcome: stuffy, wet flat, sad dwellers and cheerful, mildew colonies.

After the mounting in of the ventilation system the flat gained back its function, measuring instrument showed 40 percent internal humidity when I last visited them, in autumn while the rain was pouring, the owner of the house said that there was almost no need to ventilate ,the internal air condition was appropriate yet, they were fine, the musty smell had moved away  in their homes ,the flat was healthy and without mould, her two children were not sickly and they were playing cheerfully in their rooms.